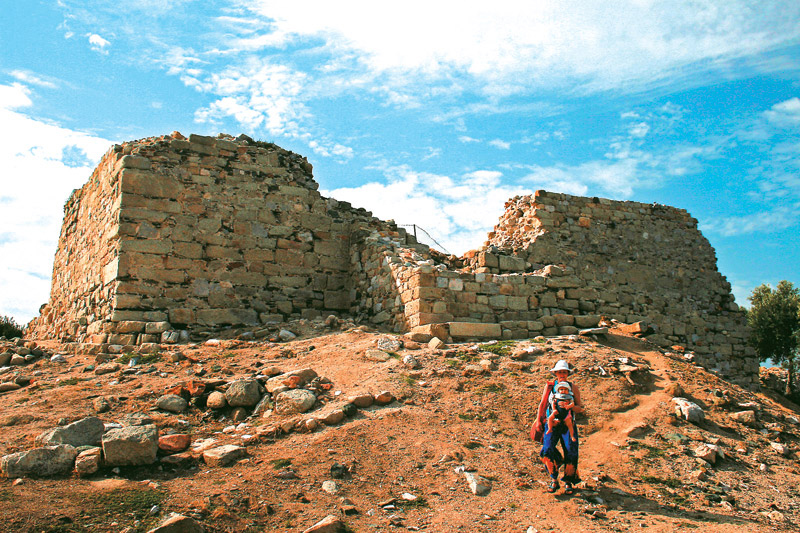 Greek mythology refers very often to Halkidiki. In Kassandra is buried the giant of earthquake, Egelados. Athos was created from the rock that the homonymous giant threw against the Gods. Sithonia took her name from the son of Poseidon, Sithonas.

Sithonia is the middle peninsula of Halkidiki. It is located between Toroneos bay and Siggitikos bay and it ends to Drepano cape. In 1922 with the arrival of thousands refugees from Asia Minor started a new phase in the history of Halkidiki. Next to the local villages, 27 new ones where established, their contribution in the economic and cultural development in Halkidiki is very important. The region of Metamorfosi, before the arrival of the refugees in 1925 was dependency of Dionisiou Monastery in Mount Athos and original place of the monastery which was dedicated to the profit Saint Ioannis Prodromos. In 1950 the first children camp was placed in the settlement.

The main occupations of the residents in the village are touristic services, farming and fishing.

The beach of the village has many guests and it is awarded with Blue Flag. 2 km away from the village the Monastery of Agios Ioannis Prodromos is located which is a female monastery with foundation date 1975. It celebrates in 24/06 and in 29/08.

What you should know

Metamorfosi is a modern settlement, built in a place full of pine trees, next to beautiful coasts, graphic small bays...

Greek mythology refers very often to Halkidiki. In Kassandra is buried the giant of earthquake, Egelados. Athos was created from...

Sithonia is a mountainous region, generally a place with beautiful forests. Her climate is Mediterranean. Olives and Olive Oil Thanks...

During the summer it has daily cruises for Mount Athos From Ormos Panagias You can have a unique all day...